Swedish trade union SAC said that Kurdish People’s Leader Abdullah Öcalan must be free for the achievement of a solution to the Kurdish problem.

The Central Organisation of the Workers of Sweden (SAC), in a statement marking the anniversary of the international conspiracy against Kurdish People’s Leader Abdullah Öcalan, demanded the release of the Kurdish leader to ensure freedom, justice and peace.

The statement was made by the union’s Secretary General Erik Bonk on behalf of the SAC, known as the radical trade union of Sweden. 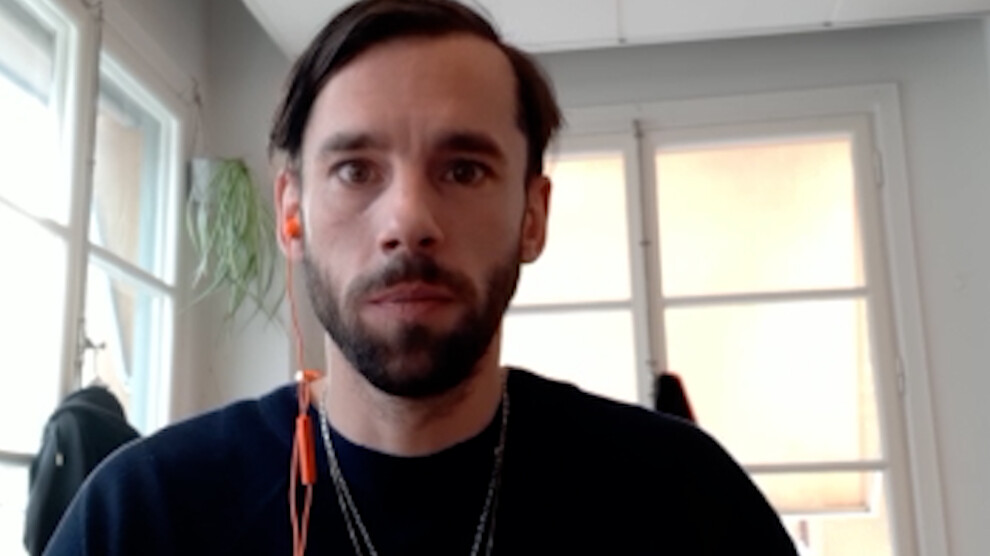 In a video speech shared on social media, Bonk said that the Kurdish issue concerns not only Turkey, but also Iraq, Iran and Syria, and is one of the biggest unresolved problems in the Middle East.

‘ÖCALAN MUST BE FREE FOR A SOLUTION’

Bonk said that the conflict between the Turkish state and the Kurdish Freedom Movement resulted in the death of more than 40 thousand people, the burning and evacuation of 4,500 villages, and displacement of millions of people from their lands.

Previous experiences of conflict showed that strong leaders must persuade their own societies to find a peaceful solution to problems, Bonk said and pointed to Nelson Mandela, Gerry Adams, Jose Ramos-Horta and Aung San Suu Kyi as examples of powerful leaders.

Emphasizing that Öcalan is among these leaders without any doubt, Bonk said, “Thanks to him, the Kurdish Freedom Movement has evolved from military solutions to political solutions in recent years.”

Recalling that the Kurdish leader was the architect of a “peace process” in Turkey that lasted two and a half years, Bonk continued, “It should be noted that the majority of the Kurds are behind Abdullah Öcalan. 3,5 million Kurds signed a declaration in 2006-2007stating that Abdullah Öcalan is their political leader.”

Bonk noted that the Kurdish leader is counted on by the Kurdish people to end the Kurdish-Turkish conflict and resolve the problem peacefully but could not fulfill this mission because he has been kept in isolation in prison. He emphasized that Öcalan should be free in order to find a peaceful solution to the Kurdish problem.